UPDATE: Highland Field Services on March 25 issued a statement in regards to the study. We have published it in its entirety at the bottom of the story.

Kent State University has distributed questionnaires to families who have students in Brookfield schools as part of a study into the health effects, if any, of the injection wells on Route 7 in Brookfield.

The study also includes an area of Vienna, where a 2015 spill from an injection waste site contaminated ground water.

The study was announced in June by Trumbull County Health Commissioner Frank Migliozzi, and a Kent State doctoral student is actually conducting it, with oversight by Ken Slenkovich, assistant dean to the Kent State College of Public Health.

Kris Wilster, Trumbull County health inspector, asked parents to take the time to fill out the questionnaire, acknowledging that it’s seeking a lot of information.

“The more complete surveys we get, the better information we have,” Wilster said.

“I hope parents participate,” said Brookfield Trustee Ron Haun. “It’s important that we gather this information for the health of the community. It’s part of the long-term plan of tracking if the injection wells will affect people’s health.”

While Migliozzi has expressed concerns about how injection wells, which dispose of the waste water and chemicals produced by oil and gas drilling, have affected public health, and the department has lobbied for more local control, Wilster said the department is taking a neutral stance in the study.

“We’re trying to ascertain some of the health effects of fracking,” Wilster said.

Highland Field Services is operating an injection well north of Wyngate Manor Mobile Home Park, and has drilled a second one. At one time, it had permission to drill five, but some of those permits have lapsed and a Highland spokesman has said the company wants to see how the first wells perform before deciding whether to drill them all.

Brookfield Citizens Against Injection Wells has appealed the operation permit granted by the Ohio Department of Natural Resources, and a hearing has been set for August before the Ohio Oil and Gas Commission.

The questionnaire asks about student absences and academic performance, as well as changes in the ability to hear, the taste or appearance of water, and odors or dust in the environment – all to ascertain personal health, student performance, noise, and water and air quality in school and at home.

It also asks about children who have specific health conditions, including asthma and other breathing issues, fatigue, problems or diseases of the organs, and skin irritations; when they set in; and whether they were professionally diagnosed.

Migliozzi said most health studies that have been done concern fracking, the process of using water and chemicals to smash shale to free up gas and oil, but little has been done to measure the impact of injection wells.

The surveys are anonymous, Wilster said.

“I won’t know what you’re writing about your kids,” he said.

The completed questionnaires are supposed to be returned by April 12.

“It’s gonna be a while before we have a report,” Wilster said.

What follows is the statement issued by Rob Boulware, spokesman for Highland Field Services:

“Highland Field Services, and its parent Seneca Resources Co. LLC have supported and participated in several shale natural gas research projects conducted by academic, independent professional and government institutions and we will continue to do so.
Unfortunately, the baseline data is being collected almost a year after work began at the Brookfield location. This will make it difficult to discern between preexisting conditions and any health anomaly discovered as result of this survey.
The premise and related questions by suggesting “potential health needs of households near hydraulic fracturing waste injection well sites,” is leading and is somewhat suggestive that there is a known problem. 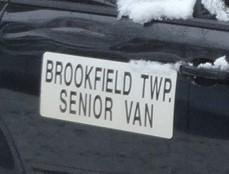 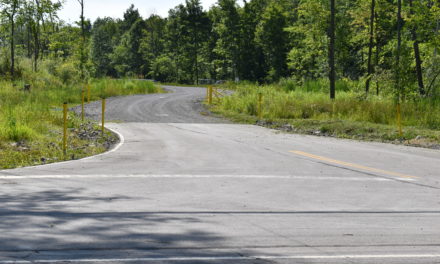 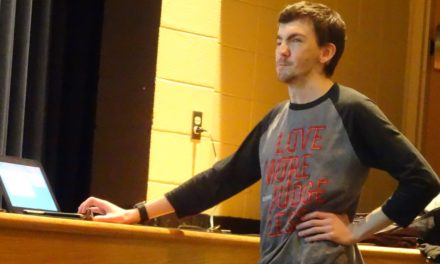