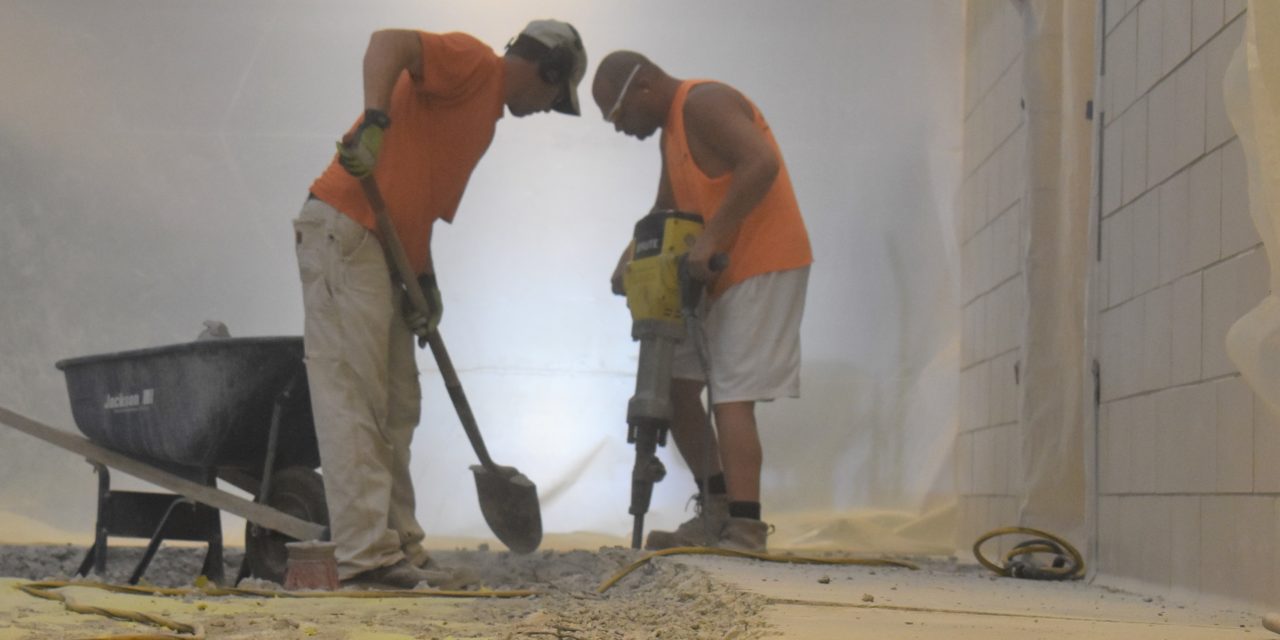 A company has begun work to dig out part of the hallway floor in Brookfield Middle School and pour a new surface to get rid of trip hazards from uneven sections.
The dust started flying July 15, with a jackhammer being used to loosen up the floor for removal. The project is to take about a month to complete.
S&R Concrete, Masury, was hired by the Ohio Facilities Construction Commission – the district’s partner in building the school – for the project based on a bid of $11,500, the lowest bid submitted, school Supt. Toby Gibson said on July 20.
“The school’s share of that cost is $4,140, and the state’s share is $7,360,” said district Treasurer Julie Sloan, based on a breakdown of 65 percent for the state and 35 percent for the district.
The school district has about $360,000 left over from the original construction in 2010-11 to be used to fix deficiencies that also include roof and other water leaks and driveway and parking lot subsidence, officials said. The state has about $530,000 left over.

“What they’re doing is eliminating trip hazards,” Gibson said of S&R. “They’re gonna remove the upheaval, grade what they need to, pour new concrete so we have a flat surface.”
The work is considered a temporary fix, and no work is being done now to address what officials believe to be shifting shale under the middle school that is causing the problems, he said.
Gibson said the roof is likely to be addressed next.
“Eventually here, we’ll start talking about the permanent fix to the roof leaks and the shingled areas,” he said. “Those areas, they’ve mentioned, they can work on while we’re in session. It’s not a disruption to the building. Once they finalize those plans, it will go to the same process. It will go to bid and move through.”
Officials hope a permanent fix to the middle school can be undertaken next summer, after school lets out.
“It’s extremely gratifying to know that the process is starting and eventually, here, in the next couple weeks, we won’t have to deal with the eyesore of the big hump in the floor,” Gibson said. “The downside is I won’t be that tall when I stand there.”
Gibson was referring to the fact that he liked to stand on the raised area in the hallway, giving him the appearance of additional height as the middle schoolers walked past.
School officials have said the initial concern is to get things fixed. Once that is done, there could be legal action undertaken to try to recoup the fix costs from companies that worked on the school in the past. 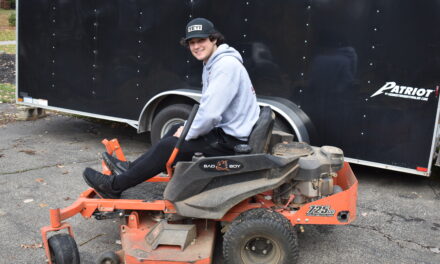 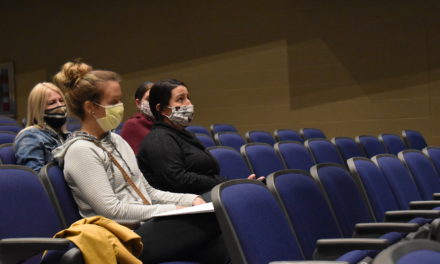 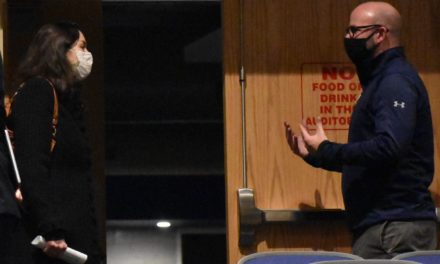