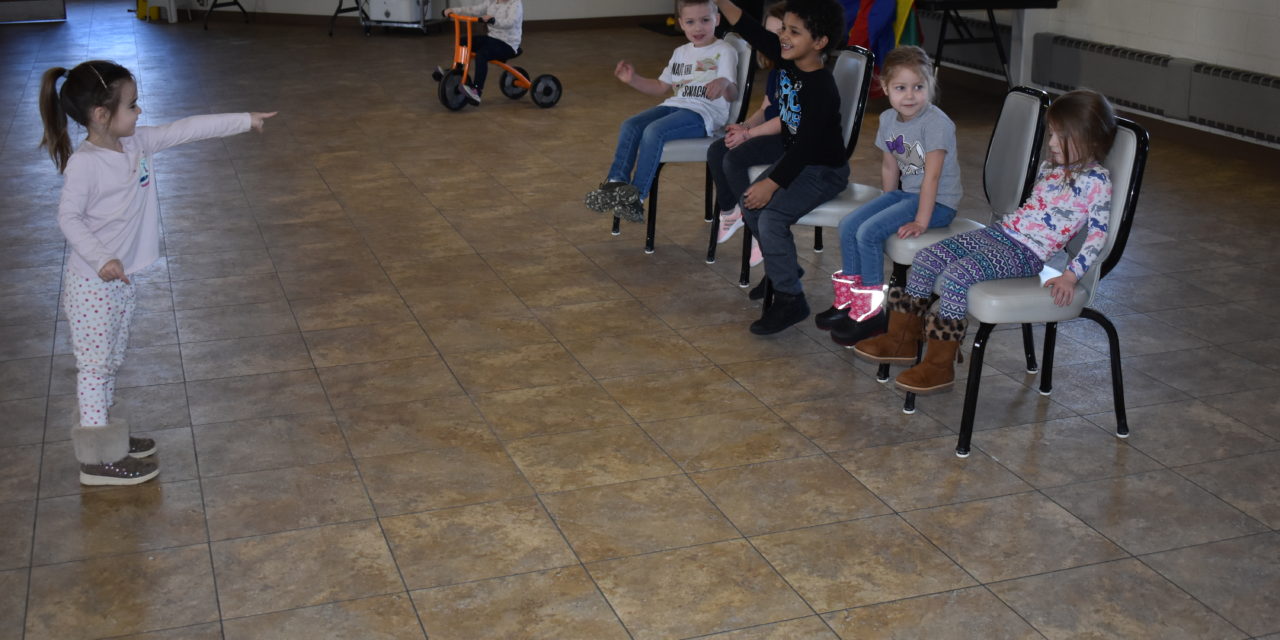 When Brandy Berena would drop off her daughter at Brookfield United Methodist Church Preschool, she loved to soak up the atmosphere of the place.
Ellen Jessup was the administrator at the time, and she would have animal crackers to hand out to Berena’s son, who was then a toddler.
“I said, ‘I would just love that. That would be the perfect job,’” Berena thought at the time.
After Jessup’s passing in 2013, the church called on Berena to follow in her footsteps. 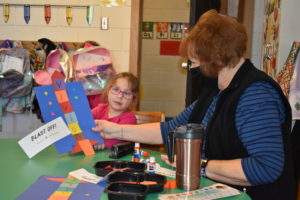 “It just kind of fell into my place, fell into my lap,” Berena said.
In her eighth year heading the preschool, Berena has the task of guiding it through the COVID-19 pandemic, and its 50th year.
According to church documents, the church originally looked into opening a kindergarten, but settled on a preschool. The state licensing authority approved the preschool to open Sept. 8, 1970, under the direction of Administrator Ann Addicott. The preschool has a board that Berena answers to.
“My teachers tell me, at one point, years and years ago, every room down here was a classroom,” Berena said. “There was a lot more than just two classes and age groups. There was two or three of each age group.”
The school currently has 28 students, down from about 48 last year. COVID tanked enrollment, but also changed the way the school was run, and taught officials a lesson that Berena hopes will help it carry on.
“I feel like we have to keep changing,” she said.
The school runs on tuition paid by parents, and does not receive state subsidies. That allows it to set its own curriculum.
The school has two classes: a class of 3- and 4-year-olds that meets three days a week and focuses on social and emotional skills, and a class of 4- and 5-year-olds that meets four days a week, where the focus is on preparing the kids for kindergarten. Each class has a teacher and an aide. 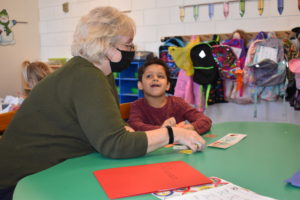 “Every kid gets one-on-one time with the teacher,” Berena said. “While the kids are working in learning centers, somebody is with the teacher, getting their one-on-one guidance with whatever concept we’re working on, if it’s a letter of the week or whatever.”
Although the school has had to change with the times, it has rebuffed the societal progression toward relying on computers and other electronic means.
“We still believe in paper/pencil here,” Berena said. “A lot of preschools have moved away from paper/pencil.”
The students are spending so much time “on screen” away from school that Berena said she wants to work on developing a different set of skills while she has them.
“They need the social skills and the emotional skills and the basics,” she said.
The students get the basics in letters, numbers and other early education touchstones, but also are given time for music, play and religion, particularly as holidays approach and the classes discuss the true meaning of Christmas and Easter, Berena said.
Probably the biggest advantage to preschool is preparing the children to be away from their parents for portions of the day, she said.
“Having a preschool, when they’re going into kindergarten, they already know their alphabet, their letters, their numbers,” Berena said. “They know how to start beginning addition and subtraction.”
For a few weeks, anyway, new kindergarten students who have attended preschool don’t have to worry so much about the academic demands, Berena said. They can focus more on adjusting to being away from home, being in a new school with new people, in a larger setting, “all those experiences that we don’t provide,” she said.
Berena said she keeps in touch with Brookfield Elementary School representatives to brief them on what to expect from some of the next year’s kindergarten class, and to get tips on things she should focus on to better prepare the children for what they will be facing.

The preschool is not threatened by Brookfield Supt. Toby Gibson’s goal of creating or hosting a preschool, possibly starting in the fall, she said.
“I’m super excited about that,” Berena said. “My thoughts are, it’s gonna reach the kids that we can’t, because we are privately funded.”
Pastor Dick Smith said he had never served previously in a church that had a preschool.
“I definitely see the value of it,” he said. “The education that they’re providing here and the guidance gives them such a good start when they go into public schools.”
The preschool gives back to the church, Smith said.
“We feel we’re helping to support the community, be a part of the community,” he said.
Berena said she sees the benefits of the preschool on the kids when she learns of former students who have made the honor roll or student of the month, or earned some other accolade.
“It’s so cool seeing when they’re succeeding – and there’s a lot of them,” she said.
The preschool, which operates September through May, registers new students throughout the year. For more information, call 330-448-2443, or go to www.brookfieldmethodistpreschool.com 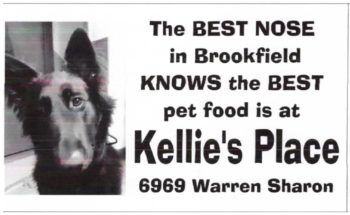