Most days, when Mike Evans shows up at the Brookfield police station, he doesn’t know what he will be doing. 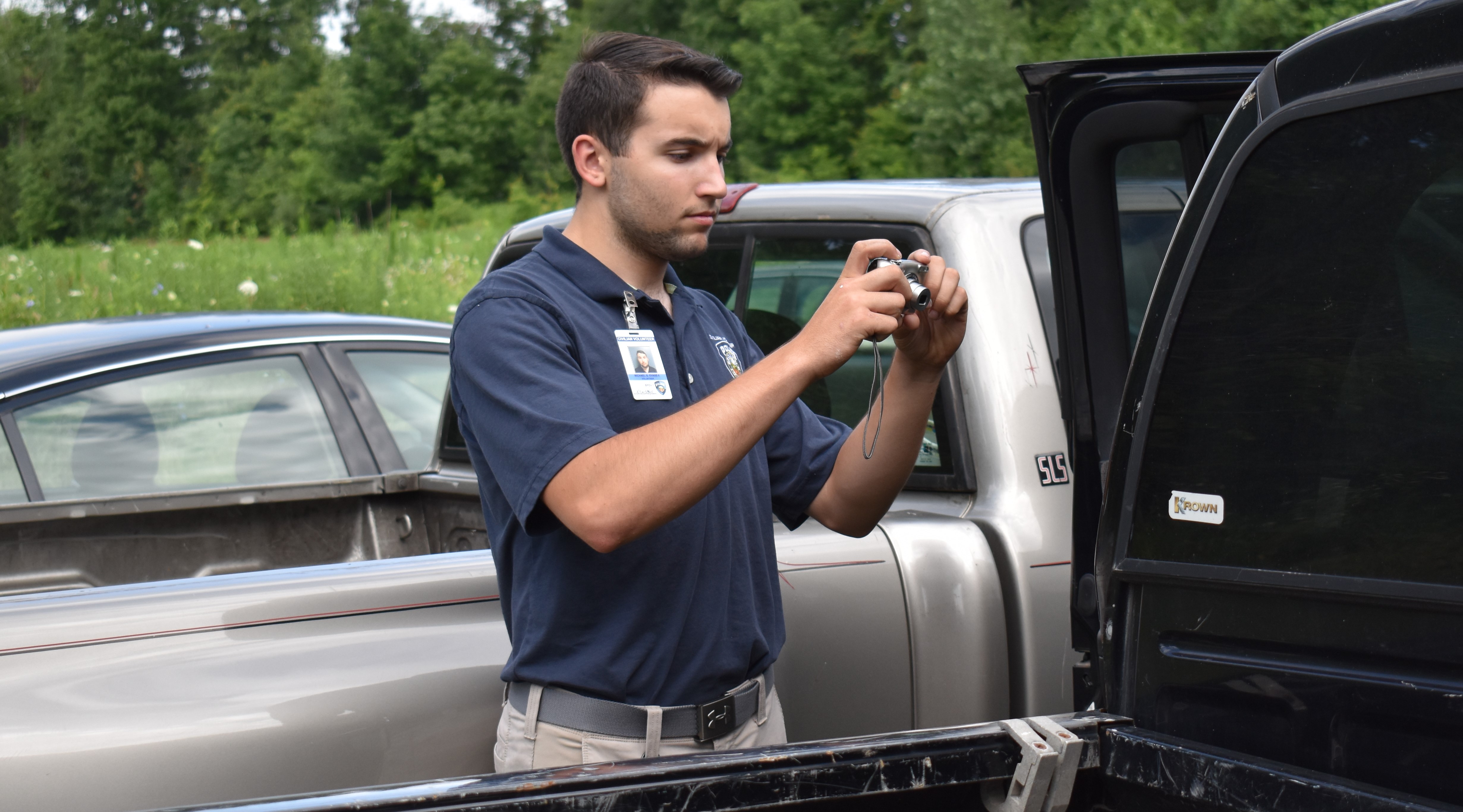 Mike Evans photographs an impounded pickup so it can be placed for public auction. Evans is a civilian volunteer for Brookfield Police Department.

It’s kind of like police work, where road patrolmen never know what kinds of calls they will receive.
Evans, who graduated from Brookfield High School in May, is a civilian volunteer at the police department. He works one day a week and has done jobs such as cleaning out impounded vehicles; preparing impounded vehicles that will not be going back to their owners for sale; and shadowing the chief and the detective.
“There’s all kinds of stuff,” Evans said. “I’m learning new things every day. I worked down at the Chris Higbee concert. I helped patrol that and whatnot. I’ve helped with cases. I help out with what I can.”
The volunteer program is new, although it is tied to activities the department has done before, such as the Citizen’s Police Academy and the Junior Police Academy, which was run at the school last year, said Police Chief Dan Faustino.
It also could be a bridge to forming a cadet program, which would have a more direct aim of funneling interested people into the police academy.
Evans said he has a long-held interest in police work and participated in the Junior Police Academy, which included instruction on writing traffic tickets, performing field sobriety tests, processing crime scenes and fingerprinting suspects.
“They did a lot of interesting things,” he said of the Junior Police Academy. “I just learned a lot through it, and I wanted to continue it.”
Evans said he plans to enter the police academy, but doesn’t want to do so until he feels prepared.
“I’m doing this for as long as I can,” Evans, who started in June, said of volunteering. “The more that I can learn now will just give me a step up towards the police academy. Any little information I can gain here, I am looking forward to learning.”
Evans can’t enter the Kent State Police Academy until he is “20 or turning 20,” according to the Kent State University web site.
The volunteer program can be tailored to a participant’s interests, and Faustino said Evans can handle some things that he might otherwise have to do or he might have to assign an officer to do.

“There’s so much here to do,” Faustino said, calling Evans an “outstanding” worker who “likes to learn.”
The chief added that he holds Evans to the same higher standard of conduct as his police officers.
“I just like the environment and how it’s part of the challenge (that) you have to learn what you need to do,” Evans said. “Honestly, it’s just fun work for me. I’m very interested in it, I always have (been). Now that I have a chance that I can actually go out and help out doing it, it’s like, ‘Yeah, let’s do this.’”
Brookfield Cpl. Ron Mann, the department’s liaison to Brookfield schools, has been a tremendous role model, Evans said.
“He was always there,” Evans said of Mann. “He was always happy. He was always playing with us, making sure we all had our heads right. I thought that was really cool to actually have an officer at the school.”
Police in general have had a public relations problem nationwide, and Evans said he hopes to be a part of reversing that trend.
“If I do become a police officer, I want to look to change that,” he said. “I know, some cops, they can be rude or stuff like that. From what I’ve seen, almost all of the cops, if not all of the cops, here are super nice and super respectful.” 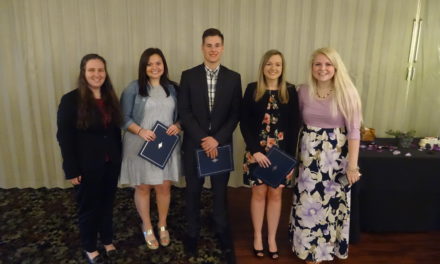 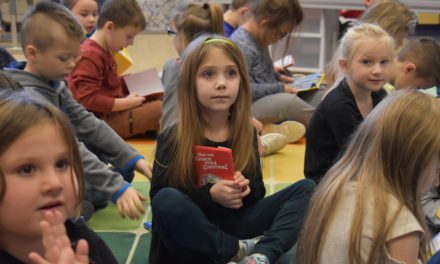 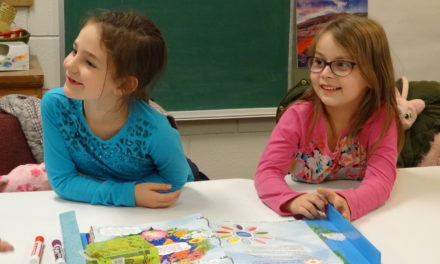