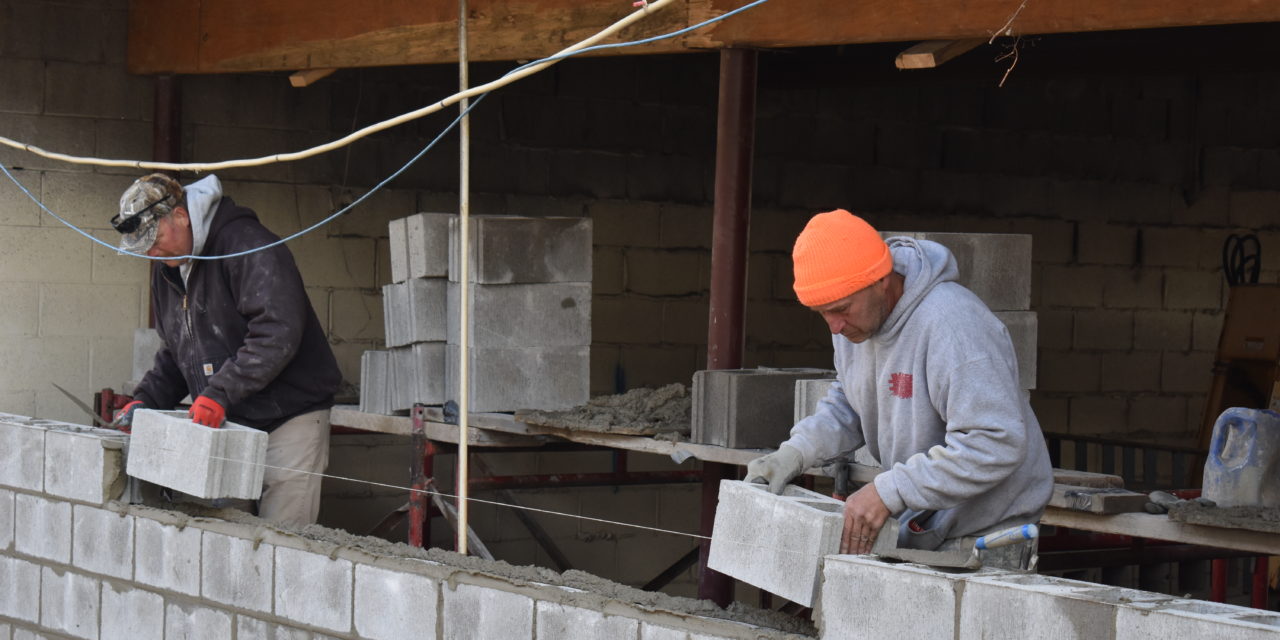 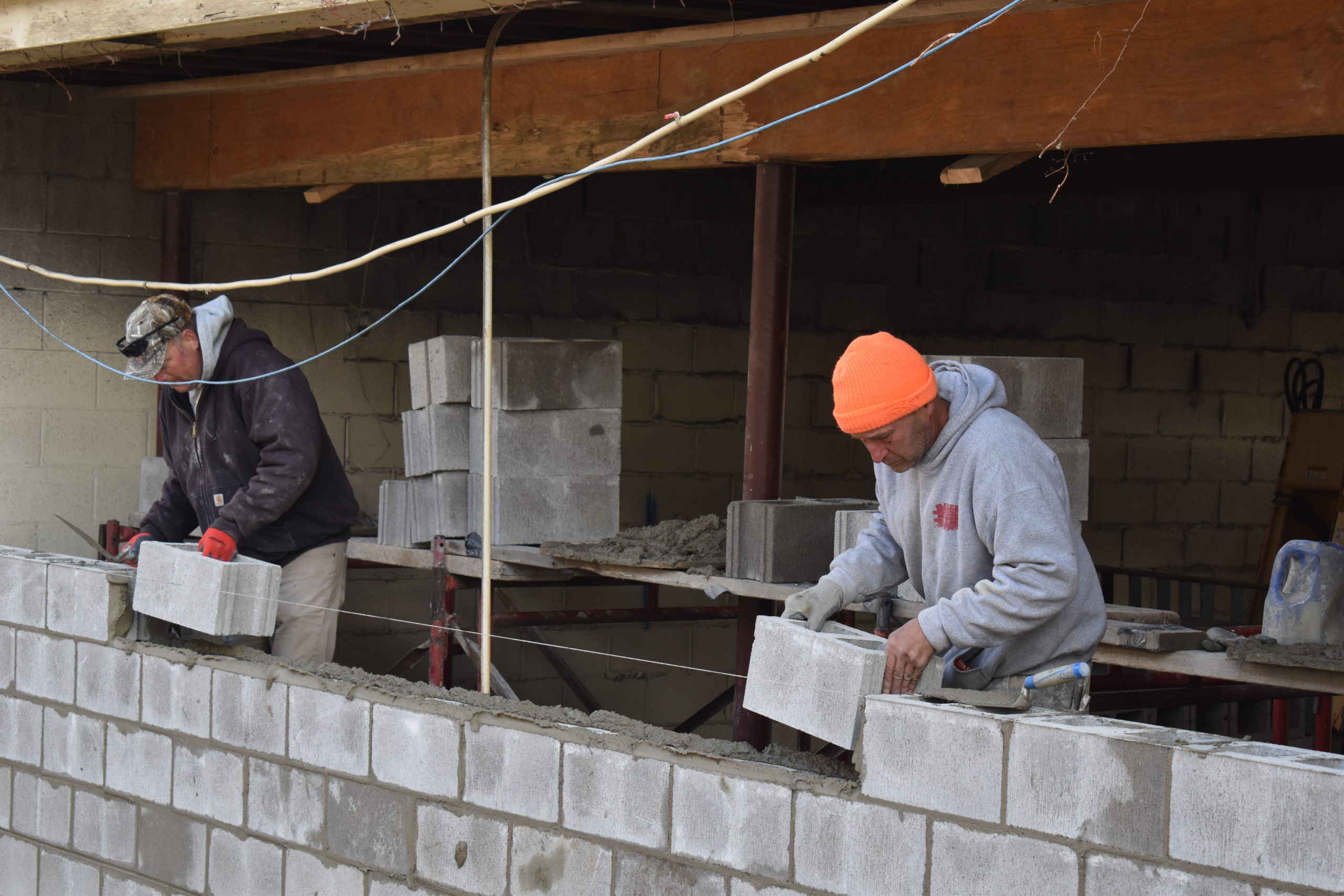 Brookfield school officials have talked about knocking down the school bus garage on Grove Street and building a new one there or elsewhere, but are now pursuing a plan to fix it and keep it around for a long time.
The major issue with the bus garage is a deteriorating wall, particularly in two bays, said Director of Maintenance Randy Clark.
“I don’t think there’s a drain underneath there,” he said of the ground on the west side of the wall. “All the water’s coming down and going right into that wall. All through the winter, the expansion and contraction, the block in certain areas is disintegrating or exploding or pushed off the footer.”
School officials sought three quotes and have hired Rien Construction, whose office is up the hill from that wall, to remove trees and other vegetation from against the wall, dig out the hillside down to the footer and install drains, gutters and downspouts to take water away from the building, then dress up the building with new paint, soffit and fascia. Rien also will remove all the block in the two worst bays and rebuild them with new block.
“We’ve talked in the past about knocking it down,” Clark said Oct. 21. “I think it’s, once we take care of this problem, you can pretty much ensure the problems will be eliminated.”
Rien’s bid, $14,460, was not the lowest – Devan Dickson of Burghill submitted a $13,120 proposal – but school officials hired Rien upon Clark’s recommendation.

“Rien, in the past, has done tons of stuff for us with no charge,” Clark said. “Any time we need something, they’ve worked hand in hand with us for a long time. They’re right there, so I’m sure that they will put a lot of thought and sincerity into the job since their property adjoins to it.”
School board member Jerry Necastro asked why the project does not address the floor of the garage, something that Clark acknowledged has been an issue for decades.
“The floors are horrible,” Clark said. “It’s dirt and gravel. With buses going in and out of it, it’s rutted up. I don’t know a dollar amount, but we’re trying to save the building first before we end up doing what we need to do (with the floors). If we end up pouring concrete in there, we’ll have to dig out six or eight inches to do it the proper way.”
New buses are taller and officials might have to plan for lowering the floor, he said.
“Right now, we’re probably just one winter away from that building just falling down in that area,” Clark said. “You can just see through the back into the other building (Rien).” 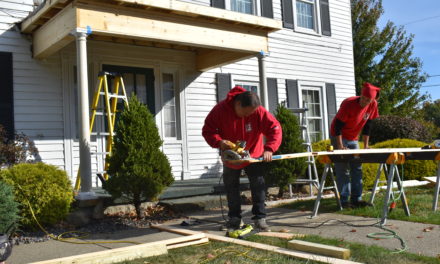 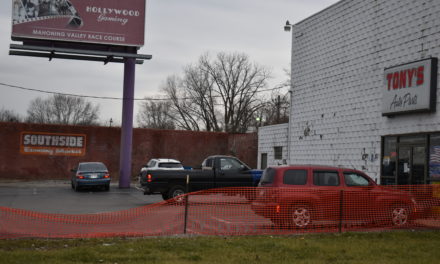 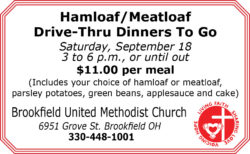