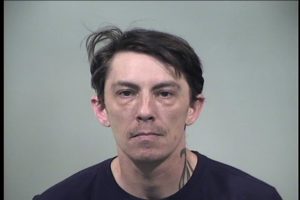 A former Masury man who was found with drugs on him when he overdosed has been sentenced to probation for a drug offense.
Raymond L. Diefenderfer, 41, whose address is listed with the court as a drug treatment center in Cleveland, pleaded guilty Dec. 14 to felony possession of a fentanyl-related compound. Trumbull County Common Pleas Court Judge Peter J. Kontos sentenced him Feb. 22 to 5 years’ probation.
Brookfield police said they were called April 16 to the parking lot of Diefenderfer’s former home in the 8100 block of Lorain Street, where he had overdosed. A piece of folded paper containing fentanyl in powder form was found in his coat pocket, police said. Drug paraphernalia also associated with Diefenderfer were found in a cloth bag, police said.
Diefenderfer still faces a charge of possession of a fentanyl-related compound filed by Howland police stemming from an incident in July.