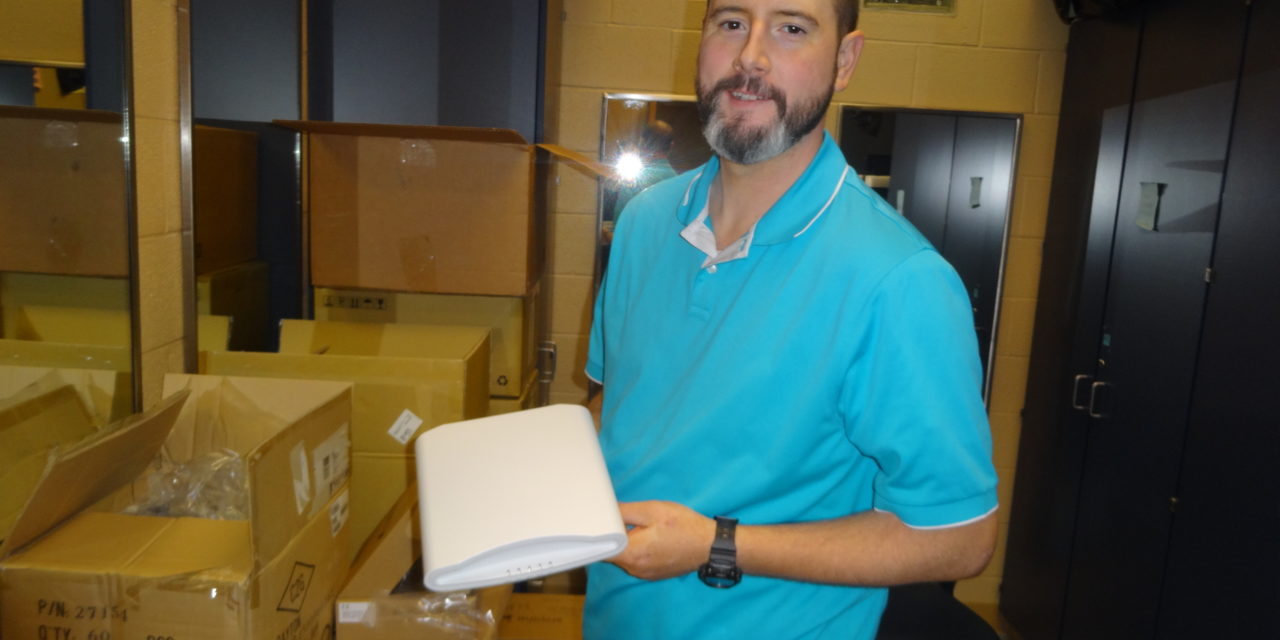 Jason Russo resigned June 12 as Brookfield Local School’s technology supervisor, signing off by ripping the outgoing superintendent, the school treasurer and the director of the outside school district that was hired to replace him.
There had been rumors of Russo’s lay off for some time, which angered a number of district staff members and students. A group of students circulated a petition supporting Russo, which Superintendent Velina Jo Taylor said she passed on to the school board.
“It is a job I greatly enjoyed during most of my time here,” said Russo, who lives in Brookfield and is a Brookfield High School graduate. “I have met some people, some great people, over the years that I cannot only call co-workers but good friends. I have also had the pleasure of working with many of the students, and I will truly miss the morning announcement crews and my times spent producing videos with them.”
However, the last year has been “nothing but a hellish nightmare,” said Russo, who oversaw an upgrade to the district’s wireless network just before Madison was hired. “I’ve been cast aside as technology supervisor upon entering the shared services partnership with Madison Local School District, a partnership I had no say in.”
The district hired Madison in March 2018. Madison Technology Director Bob Cireddu reported in April on the work that Madison had done for the district. Prior to Madison, the district generated about 200 requests a month for technology-related service. In the 13 months since Madison has been working for the district, there had been 435 total requests, of which 366 were handled by Brookfield staff, he said.
“If that 200 number is accurate, we’ve made significant improvements in our up time for all of our systems, which obviously would impact our students for the positive,” Cireddu said.
He also reported bringing on line 240 new Chromebooks and 185 desktop computers the district had bought; retiring other computers that were outdated; upgrading computer operating software from Windows 7 to the more secure Windows 10; bringing all district students and staff onto a single domain – brookfield.k12.oh.us – which allows the district-wide use of Google’s free platform and students to carry their work with them after they leave school; auditing network security, finding it “wasn’t in the best shape” and upgrading it; decommissioning file servers that were breaking down; and renegotiating software licensing agreements that saved the district more than $52,000, with $45,000 to be saved year after year.

Russo said he provided to the board “nearly 350 pages of documents from the past year” that showed “Madison School District has not only hindered my job performance, but the everyday work of the district staff. The response time to complete simple help requests can take several days. Minor issues cannot be completed in a timely fashion due to their intentional restrictions on my access to our own district accounts. New students have been left without user accounts for weeks. The staff have grown tiresome of their lack of help, that they simply do not use the ticketing system in place and instead ask directly.”
Russo said he was not consulted in decisions that affected the district’s technology service.
“Furthermore, I was treated with zero respect by technology coordinator of Madison schools, Mr. Robert Cireddu, who would act upon the supposed best interests of Brookfield without consulting me, while also made it a point to attempt to supervise, condescend and direct me, even though he is not an employee of our district, nor is he my supervisor,” Russo said.
Phone and email messages left for Cireddu were not returned.
Superintendent Taylor was duplicitous in telling Russo to “Use Madison Schools like $2 whores and get rid of them,” while also attempting to lay him off in favor of Madison, Russo said.
“I am sad that Jason had what he characterized as an awful year with us last year,” Taylor said. “Unfortunately, when making business decisions, sometimes people are negatively impacted. I have been charged with the responsibility of doing what is best for the overall good of the district. I cannot tell you how many times others have suggested that a decision is incorrect or misguided, but I can tell you decisions are made after careful thought and consideration of all the facts and evidence available.”
Russo also alleged that a “personal friendship” between Cireddu and Brookfield Treasurer Craig Yaniglos colored decisions made by administrators.
In a joint statement from Yaniglos and Taylor, they said: “An important point of clarification is how Mr. Cireddu was originally contacted by the district. The truth is Mrs. Taylor introduced Mr. Cireddu to Mr. Yaniglos and our district after she attended his ‘shared technology services’ presentation in Columbus in November of 2017 at the Ohio School Boards Association Capital Conference. Prior to that introduction, Mr. Cireddu was not known to Mr. Yaniglos.”
“We are disappointed that Mr. Russo felt the need to make personal attacks at the administration during the last board meeting,” Taylor and Yaniglos said. “It is unfortunate when people allow anger or frustration to dictate words and actions.”
The board hired Madison at its June 12 meeting at a cost of $80,000 a year, up from the $30,000 it had paid the previous year.
With Russo on staff, the district was paying about $90,000 for the technology department – of which $37,500 was Russo’s salary – “So, it’s actually a district cost savings,” Yaniglos said of hiring Madison.
For the extra money, Brookfield will be assigned two Madison staff members, each working six hours a day and covering the entire school day at Brookfield.
The hours of work arrangement “will actually provide us more time for people in the building and better coverages, starting as early as 7 o’clock, when teachers are arriving, so we have coverage in the morning as well as afterschool for teachers that are staying late,” Yaniglos said. “That was something that was also important in the discussions, making sure we actually had more coverage. We believe we can achieve that this way while still reducing costs.”
Parent Sarah Kurpe, who questioned the board at the June 12 meeting and expressed reservations about the quality provided when a service is outsourced, asked that Madison’s performance be closely monitored.
“I would hope that we could take a look at any issues around any feedback, if it’s working,” she said. “I wish you good luck Mr. Russo. I’d be really curious to see how and what this looks like over the next six months to a year.”
Taylor and Yaniglos said administrators will evaluate the performance of Madison “as it does with all business relationships, to ensure it meets the needs of the district’s students, teachers and administrators.”
School board members Ron Brennan and Ronda Bonekovic invited Kurpe, who said she is a technology manager of an accounting system for small and mid-sized businesses and has a background in sharing services among businesses and schools, to act as a watchdog on Madison’s performance and to be invited to attend board meetings anytime Cireddu is scheduled to attend and report to the board.
“We would like you to come to any futures, and to voice complaints or concerns right to him,” Brennan said. “I want to make sure he’s visible, because anything that we do here we want it acted upon, especially what’s happened with Jason’s position. I’d like to make sure that she’s invited.”
Russo said he is “walking away on my own terms to a better career opportunity.”
Brookfield Federation of Teachers President Mary Arp thanked Russo “for his work he has done on behalf of the BFT in helping us with our technology.” 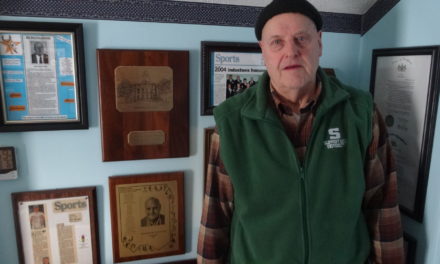