Brookfield Police Det. Sgt. Aaron Kasiewicz said he was informed by a New York detective on Aug. 28 that Rosario had been arrested in Queens on an unrelated case when the Brookfield warrant was discovered.

“At this point, we have to await extradition back to Ohio,” Kasiewicz said. “He did not waive, he refused to waive extradition, so there’s some procedures the prosecutor’s office has to go through to get him back to Ohio.”

Kasiewicz said he was told it can take 45 to 60 days to obtain a governor’s warrant – essentially Ohio Gov. Mike DeWine has to ask New York Gov. Andrew Cuomo to release Rosario to Ohio authorities – and New York will hold Rosario for 90 days while that process plays out.

Drummond, 24, of Masury, was driving a vehicle eastbound on Warren Sharon Road, west of Brookfield Avenue, when Rosario, who had stopped his vehicle in the road, fired several shots at Drummond, one of them hitting him in the head, police said.

A passenger in Drummond’s vehicle was able to control it from the passenger side and drive it to a residence in the 600 block of Brookfield Avenue, where she stopped, police said.

Drummond was pronounced dead at a hospital, and an autopsy identified the head wound as the cause of death, Kasiewicz said.

“There was an incident that led up to it (shooting), but I can’t give any particulars at this time,” Kasiewicz said. “Until it goes to a grand jury, I don’t want to give too much out.”

Police served a search warrant on Rosario’s apartment in the 7900 block of Warren Sharon Road on Aug. 6, 2018, but there were few furnishings or other personal items.

“We knew by the 6th they had fled,” Kasiewicz said.

Police obtained an arrest warrant on Aug. 10, 2018, and contacted New York authorities and U.S. marshals after receiving tips that Rosario might have gone to New York, where he had lived for a while, Kasiewicz said.

The murder weapon has not been recovered, but police found shell casings in the 7800 block of Warren Sharon Road.

Rosario, 25, grew up in the Masury area, and police had several dealings with him when he was a juvenile, Kasiewicz said. He was arrested for maintaining physical control of a vehicle while drunk, when he was found passed out in a minivan May 17, 2018, in the 900 block of South Irvine Avenue, Masury, police said. 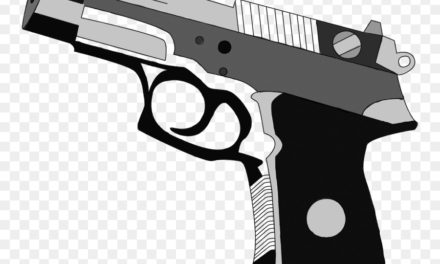