If you have an interaction with a member of Brookfield’s police, fire or road departments, you might be getting a request to fill out a survey asking you how you think things went.

Trustee Dan Suttles has been after the department heads for some time to come up with a customer-service initiative. Concluding the request had been ignored, he said he and the other trustees settled on a survey.

Suttles said the department heads and other township employees do a “great job,” but he wants residents to have a voice in that discussion.

“I think it’s important that we connect a little bit closer with our public,” he said. “It seems like the only time that we seem to reach out to them is when we want a tax levy to pass. Any other time, we don’t really know how we’re doing with them.”

“The people’s voice needs to be heard, sometimes,” Suttles said. “Believe it or not, I believe the majority of feedback we’ll get from the public is gonna be positive, and I think that helps our employees, also.”

Fire Chief David Masirovits has placed a survey on the fire department page of the township website, brookfieldtwp.org It asks about the type of service provided, the employees’ demeanors during the interaction, how knowledgeable they were, and whether the respondent would feel comfortable asking for assistance again. The survey also allows respondents to make comments outside of the questions they have been asked.

Masirovits said fire department members will be handing out business cards asking people they serve to take the survey, and he is getting postcard versions printed.

Police Chief Dan Faustino said his department has mailed out surveys in the past, but would want to shy away from blind mailings because the department would waste postage on surveys that are not returned.

Faustino said he is working to get a survey online, and the township’s new phone system should allow people to take an automated survey over the phone, or request a mailed or emailed survey.

Road Dept. Supt. Jaime Fredenburg said he plans to talk to Faustino about piggybacking on his work, but also would consider delivering a survey to residents and asking people to fill it out and send it back.

“As you know, our department doesn’t really have contact like, say, the police and fire do, intimate contact with the residents,” Fredenburg said. “Many times, if we do something for residents, they’re not even there. I’ll speak to them on the phone, but my guys don’t really see them.” 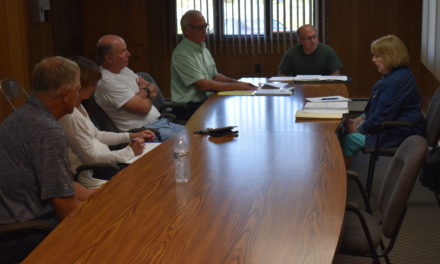