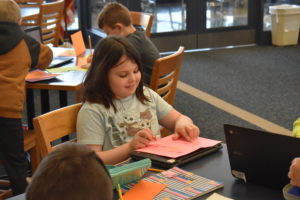 James Haywood had his class make Valentine’s Day cards. While that activity is not unusual for an elementary classroom, Haywood assigned it with a twist – all of the words had to be in Spanish.

He worked with individual students who wanted to express different sentiments in their cards, and some students looked up alternative Spanish words with Google Translator on their school-issued Chromebook computers.

Brookfield Elementary is having all of its third-graders take a Spanish language class with Haywood one day a week. It’s not a lot, but it’s a start.

“The best part about it is it helps their brain development,” said Haywood, who had wanted to teach elementary Spanish at Brookfield for some time. This is his first year doing so. 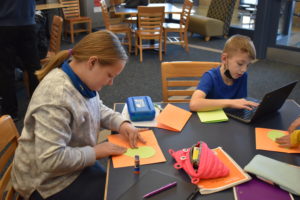 Haywood also teaches Maker Space to multiple grades, and advertising/marketing and finance in the high school.

“It was a great grade to give it a try and see if it was successful,” Filicky said.

Student Eloise Songer said her motivation to do well in class is competitive – she wants to learn more Spanish than her brothers – but she also has a general interest in languages, including Mandarin Chinese and French.

“I want to learn different languages so I can go across the world and speak to other people,” Eloise said. 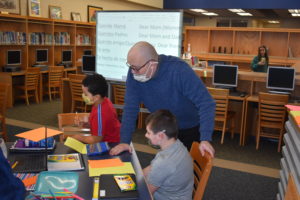 While Eloise does not know anyone other than her brothers who speak any Spanish, student Brooklyn Boyce does.

“They always talked to me in Spanish,” she said of relatives and family friends. “They went, ‘Do you know what that means?’ and I didn’t really know, so that’s why I wanted to start Spanish.”

“Some of the words are difficult, but, once you get the hang of it, you get better at it,” Brooklyn said. “With me, I’m not that good at it, but I keep progressing with it. I practice it.”

Sometimes, Brooklyn said, she practices away from school.

“We’re just trying to plant some seeds so that when kids get to ninth-grade and they start taking Spanish 1, most of them, believe it or not, will actually remember a lot of this,” Haywood said. “Right now, their brains are hardwired to learn to communicate.”

High school Spanish teacher April Antonelli doubted that students would remember much about Haywood’s teaching if they have no more Spanish lessons until she gets them in the high school. But, she called Haywood’s class “essential.” 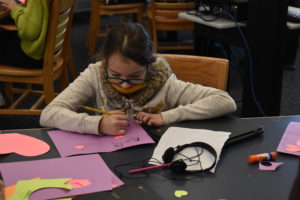 “It’s a start and it will be something to expand upon,” she said. “Children should start second language learning as soon as they enter school – it’s easier to pick up when you’re younger. Right now, we’re just trying to generate interest and create a buzz in the elementary school. Ideally, we’d do this for every grade level. The United States is the only monolingual country in the world, and it’s time we started catching up with the rest of the planet – Most people speak two languages.”

Filicky said she is working out the schedule for next year.

“The student and parent response from Spanish has been very positive,” she said. “I am hoping to be able to incorporate it into more grade levels.” 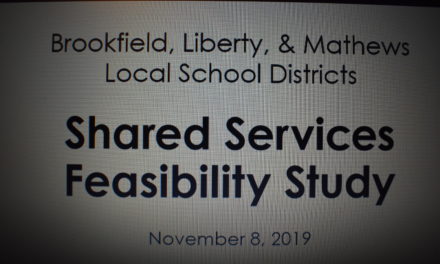 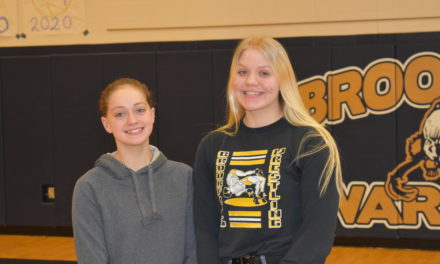 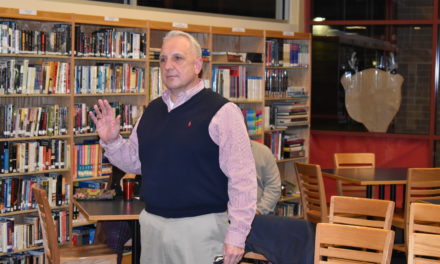 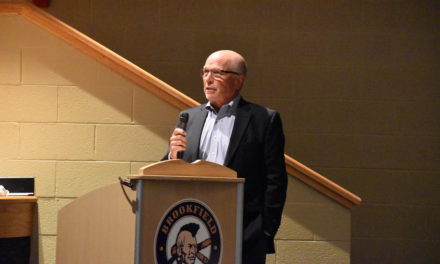